What we are going to be doing this Summer

We cannot wait for the Summer holidays!

These are all the things we are looking forward to doing before we come back in September and start our final school year at Cavendish!

I am going to scotland for two weeks and chillfator for a day.

Aslan, are you going to speak to people in your amazing Soctish accent.

Aslan, are you going somwere else in England or just Scotland beacause i'm going to Bradford! ðŸ“±ðŸŒ‡

I also might be going on a cruise and the year after that i am going to meet famiy in Turkey.

I am first going to a Summer dancing school on the second week.
Then on the 11th of August I am going caming at the Funbay campsite.
I am going to camp right next to a waterpark which is the Funbay waterpark.
When I saw pictures of the waterpark, I then noticed that I have to that waterpark before. It has a giant waterslide!

I am going somewere but my parents will not tell were. Also my parent packed my suitcase witch is very handy because usualy forget thigs such as some clothes and a toothbrush.

I wonder where your going. I hope your going somewhere fun and exciting!

I am so excited for the summer holiday! I am going on a trip round East Sussex, Kent and Brighton. I might see Nancy because we are in Brighton the same day! My mumâ€™s best friend is coming to stay with us for two nights. She lives in New Zealand. My uncle is also coming too. I am going to a festival with Easton and Nancy and Mr Lee is playing.(Our music teacher)

I am going to go to London!

In the summer, I am going to Thialand! I wanted to go on the top of the roof on the hotel, plus a swiming pool.

Are you going to do snorkling in Thailand, Timur?

Im going to wales. Then im going on day trips with my cousin and auntie.ðŸ‘‹bye have a great timeðŸ¤¬ðŸ¤¨

I am not going any where in the six week holiday which is sad but the good thing is that we are not able to go any where because my mum is pregnant with my sister. She will be due on the 26th of October. Hopefully she will be born two weeks early so I can watch my favourit American Football team play because they very rarely play at Wembely. Oscar will understand.

Stop using too many emojis! One is enough

Is gymnastics still on Lara? I think it is anyway as I am going

In the summer holiday i will go to a fun fair.

We will always remember you and you will always be in my heart. I will miss you sooo much!ðŸ˜¢

This Summer, I will be going to a few of my friends' houses because for four of the weeks out of six, my parents will be at work. Also I will be going to my grandparent's house for a few sleepovers and for a week I will be going to my grandma's house. I am excited to going to my grandma's house because she lives three hours away from me so I don't get to see her very often. One of my friends are taking me there and back because I'm going to be staying there without my parents for the first time ever!ðŸ¤— In the middle of the holidays my parents will get two weeks off so we are going to go camping in Wales with one of my friends. The campsite is located in one of the darkest places in England and that means that it will be a great place for stargazing! Also, I am hoping that my mum amd I can go to the cinema to go and watch the new Mama Mia movie. It sounds really good and I am so exited to see it!

I am also going to be doing lots of sports during the summer holidays. You ca join me when I am at the albert club if you wantðŸ˜„ðŸ˜€ðŸ‘ðŸ‘

Well, I am not that sure what we are actually doing just yet becuase something is happening the day before we are due to go to Cornwall and Devon- hope you all have a fabulous holiday.

Im going to. Cornwall with someone in class. Its going to be really fun.ðŸ˜ŽðŸ˜

I'm going to a park with Taha and going on a ride. Also it's going to be my birthday in the summer holidays.

In the summer holiday I will go to plant felalds park

With Aqib,like I said, I know. 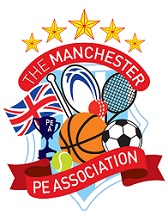